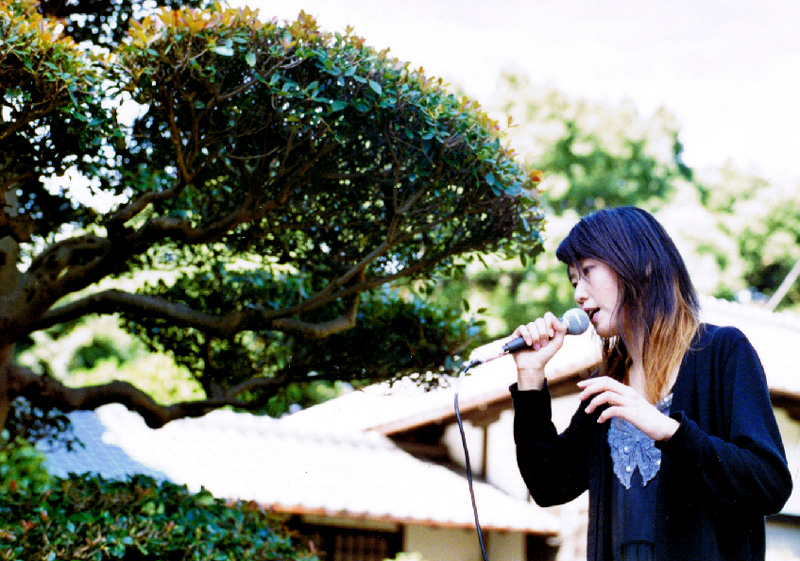 Held in collaboration with the musician OZIRO from 2001 to 2007.
Guest performer is Kani12kai, SAM2, Peechboy…etc.
Continuous poems and stories and meaningless sounds, words of fragments of memory, improvisation of the musicians. Purpose is to expose the vibration of the air coming out of my mouth to the audience of the eardrum. Our presence has been achieved by the daily life, which was named as “culture”.

I as an artist, announced in a place where I grew up was important in the sense that reduced to the elements that make up me. I grew up in downtown, where they see every day. But usually not enter location. Affected regardless of the sect as Asian. The reason for limiting the performance to the temple is such a thought.